Goods imported into Australia with a customs value that does not exceed $1,000 are not subject to GST.  New
draft laws propose that from July 1st, GST will be applicable to goods below the threshold. The bill was introduced to parliament on Thursday, 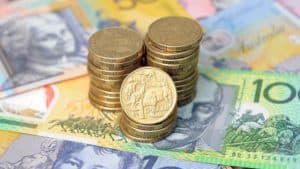 Treasurer Scott Morrison told parliament “These changes are about ensuring Australian businesses, particularly small retailers, do not continue to be unfairly disadvantaged by the current GST exemption that applies to imports of low-value goods,”. The agreement means companies located overseas who sell products into Australia online will need to begin charging GST on their products.

Container transport operators have advised the toll increases will be passed onto the supply chain, impacting the cost of goods to Victorian consumers. From April 1st, container transporters delivering Victoria’s import and export freight will face up to a 225% increase on toll fees when travelling between the Port of Melbourne and Dandenong. Other increases impact freight moving to and from the north of the Tullamarine Freeway.

The Port of Melbourne has released the Overseas Container Trade Report for December 2016, showing an increase of 11.8% against December 2015.  Several commodities showed increases, including, furniture, beverages, electrical equipment and machinery.

Following Brexit, Australia and the UK have established a bilateral trade working group with the purpose of having  fast track free trade negotiations once Britain formally leaves the European Union. The group will meet early this year to commence negotiations.